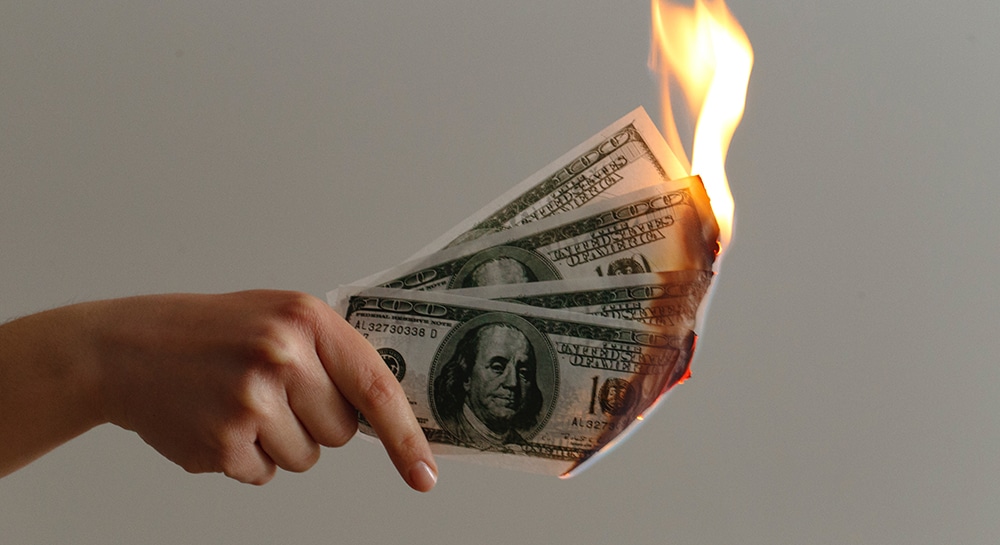 Victoria’s Secret lingerie expensed to an ice cream business is likely to raise a red flag. Likewise, if you report $25,000 as your gross income but have an airplane and a second home, be prepared to answer some questions.

These were actual fraud cases pursued against franchisees by David Worthen, a principal at Gray Plant Mooty’s Washington, D.C., office, thanks to evidence uncovered through the use of forensic accounting—a practice where accounting knowledge is applied to identify fraud, not just catch mistakes.

• Atypical labor expenses. “If you have $1 million in sales and $400,000 in labor, year after year, a rationale person would say, ‘I have a labor situation here,'” Worthen says. “In reality the franchisee is likely running $400,000 in labor but their sales are much higher.”

• Costs of goods are too low. For franchisors that link supplies to sales, when the costs of goods reported on tax returns are lower than systemwide averages, a franchisee could be masking sales using an unauthorized source for products.

• Delayed drawer activity during busy times. Worthen had a case where a franchisee put in a computer program that masked sales at regular intervals. During a rush hour at the sandwich shop, there would be no sales for 19 minutes. “Now you know that’s not true,” he says.

• Lifestyle. Worthen watched a franchisee who reported no income from his stores, show up for a settlement meeting in a Porsche. Forensic accountants and attorneys also watch for expensive jewelry and other items—such as lavish vacations—purchased with cash.

• Additional cash registers in the store. In one case, Greene says, one register collected money that the franchisee did not report.

• Customer reports that they didn’t receive a receipt and money was just put in the cash register.

“The more common one we see is failure to report all sales. Their true sales are $1.5 million and they report $1 million,” Worthen says. This means not only is the franchisor receiving the short stick with royalties, but so is the government with tax revenue.

Another prevalent form of fraud seen by Worthen involves writing off personal expenditures as corporate expenses. “We had a tax fraud case in Florida where a franchisee wrote off his alimony and child support, his children’s private school tuition, clothes and eye glasses,” he says.

Craig Greene, partner at GFAS a Chicago-based forensic accounting firm, says attorneys often hire his firm’s services to compute business damages as a result of illegal actions conducted by the other party. These include performing due diligence reviews to establish credibility of a franchisee’s financial information as well as conducting background financial investigations of new suppliers to determine if they can meet contract obligations.

Red flags for franchisee underreporting, he says, include store sales that fall below systemwide averages. Another hiccup they investigate is when sales do not correspond with franchisor-provided supplies. “For example, whenever you ask for water at McDonald’s you’re given a different size cup,” Greene says. “That’s because McDonald’s supplies all the cups. They know if you have 10,000 medium-size drink cups then you should be reporting sales of 10,000 medium drinks.”

As part of the investigation process, Bill Chander of Spectrum Consulting Partners, a New York-based firm with forensic, economic, and financial analysts, says he often interviews employees and the bookkeeper about staffing and the owner-operator—and whether there are any businesses that the franchisee operates in competition with the business.

Perhaps jaded by this 35-plus years in accounting, he adds: “There’s always a natural conflict there to underreport or to do something that will stretch the agreement to some extent.”

In addition to employees, forensic accountants also gain tips from field company personnel. In one case, a franchisee, who showed little personal income on his tax returns, regularly invited a field rep to his house on the shore. “Sure enough, (the franchisee) had a half-million-dollar, 3,000-square-foot home paid for in cash on the shore,” Worthen says. “On his tax returns, he’s a guy that’s just scraping by.”

According to a 2006 study on occupational fraud and abuse by the Association of Certified Fraud Examiners, U.S. organizations lose an estimated 5 percent of annual revenues to fraud—amounting to losses of more than $650 billion, despite an increased emphasis on anti-fraud controls.

On the franchisor level, Worthen says many don’t take enough steps to protect themselves. “All franchisors have a right to get (financial) documents. But few if any franchisors collect them and even fewer examine them with an eye for underreporting and tax fraud,” he says.

He cites time and effort as causes, as well as disbelief that collecting these documents serves any benefit.

But when fraud is vigorously enforced, Worthen says, franchisors often see sales increase from other franchisees in the surrounding area. “We call it the halo effect,” he says. “If we file a lawsuit for tax fraud in a market, our clients report that sales in that market go up immediately. (Franchisees) realize that if they’re going after that franchisee, they could go after me.”

Greene says forensic accountants typically charge an hourly rate, ranging from $150 to $350 per hour for smaller, regional firms to $200 to $1,000 per hour for large, international firms. “Obviously, the potential recovery should outweigh the costs,” he says. In one embezzlement case, for example, Greene’s firm helped recover real estate properties in excess of $4 million from a tax accountant who stole more than $4.8 million from a company.